We spent days two days freezing our patooties off in Yosemite National Park, although we’d been smart enough to book ourselves a heated cabin-tent to sleep in, instead of risking dying of frostbite in our own humble, non-heated tent. For the entire two days and two nights, we were terrorized by all the bear warning signs posted everywhere. (Did you know, for instance, you can’t even keep fruit-scented lipbalm in your tent or cabin? Those big bears will come lumbering along and break in, just to get a treat. And you most certainly don’t want to be stuck in your sleeping bag when one of them pokes a nose into your tent!). But Yosemite was worth every moment of numb-with-cold fingertips and scary-sounds-in-the-night. The whole park was a riot of fall colours, in yellows and golds everywhere, perfectly offsetting the stark rock faces of Half-Dome and other landmarks.

After that, Sequoia National Park was just a wonderland of giant trees. The General Sherman, one of the world’s largest trees, grows in a part of the National Park called the Giant Forest. You stand in front of it and crane your neck back as far as it’ll go, and marvel at it with open mouths. It is about 2500 years old, so it’s seen centuries of the Earth’s history.

Here’s what we did while we were there.

1. Despite all the warnings, we didn’t see a bear for both the days we were at Yosemite National Park. And then, on the way out, this guy walked past. 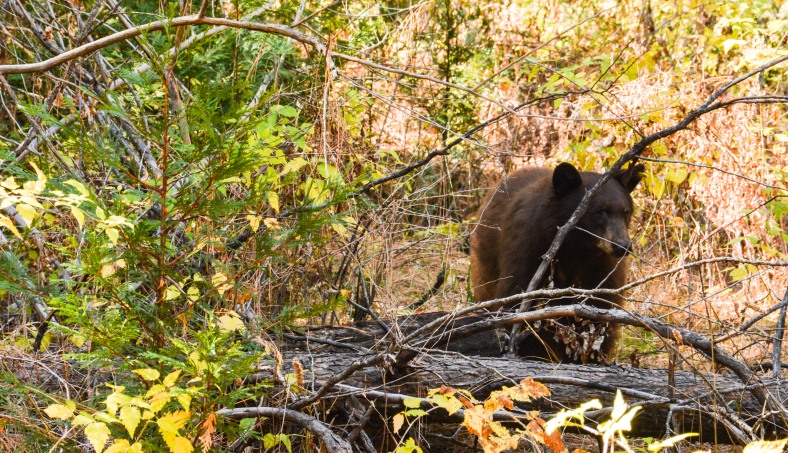 2. We hiked to viewpoints high above the valley to look down on the treetops of Yosemite. 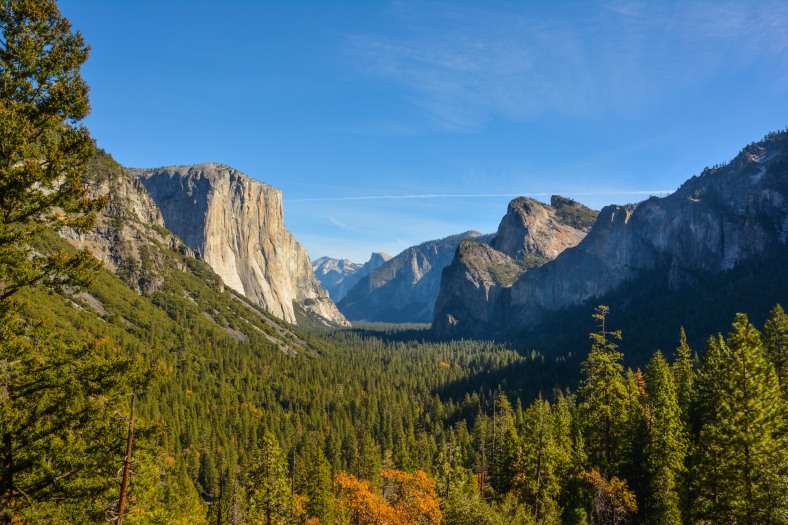 3. We walked amongst the Giants in Sequoia National Park. 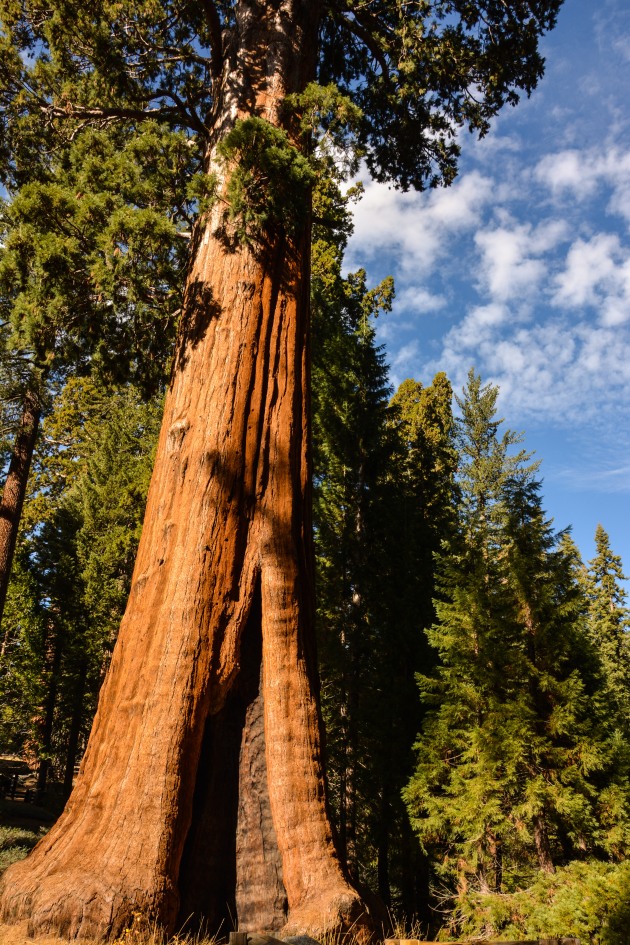 4. We learned about ‘prescribed burning’ marks left by fires that have been deliberately lit by park employees to clear the grounds of dried foliage. New seedlings can’t push through the foliage and will perish if not for these forest fires. The big trees survive if fires burn their trunks, but die if the flames get to the new branches at the top, so controlled fires are planned and monitored carefully. Fascinating! 5. We took pictures of a bridge made of a dead tree, and then drove around just to go back under it again. 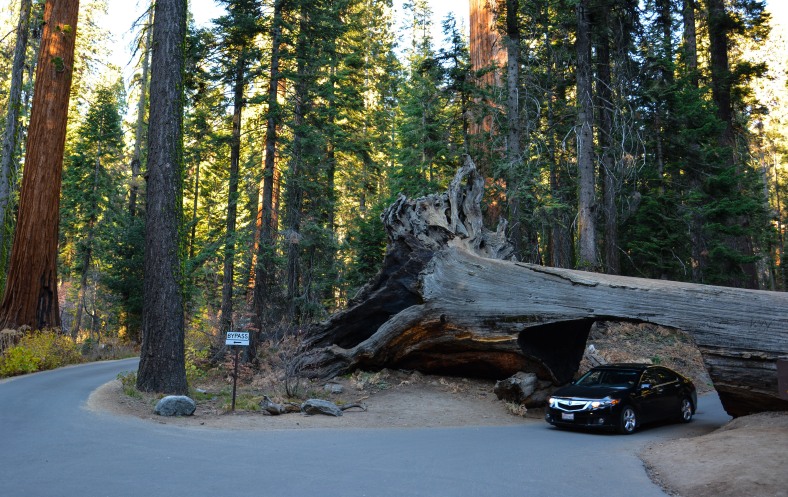 6. We posed for mandatory ‘relaxing hiker’ pictures on beautiful forest trails in Yosemite. 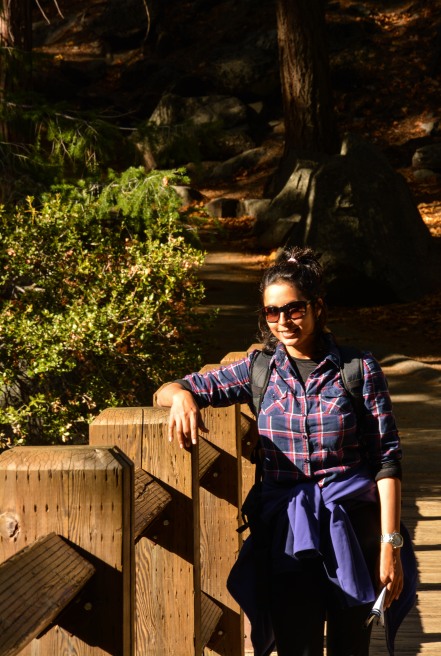 7. We walked through sun-dappled trails just before sunset. 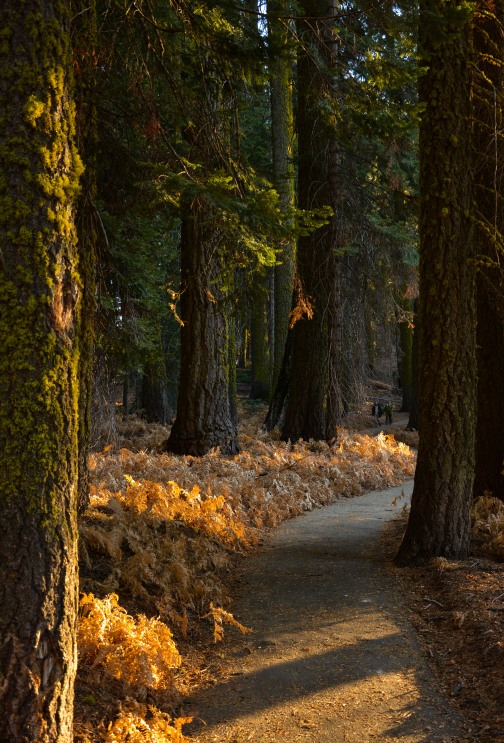 8. We took pictures of our car in front of the massive roots of fallen trees. 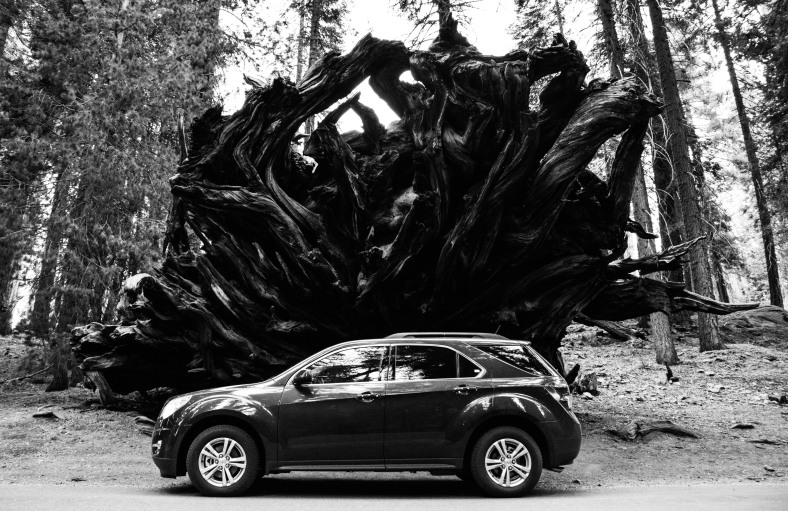 9. We stood in awe and gaped up at the venerable General Sherman tree. 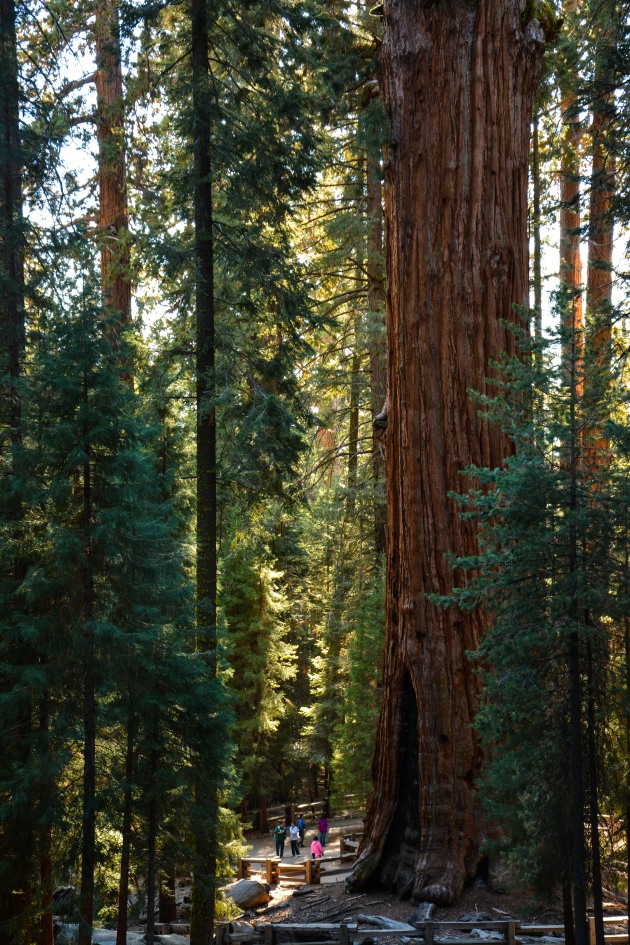 10. And we caught a stunning sunset from one of the highest viewpoints in the park. 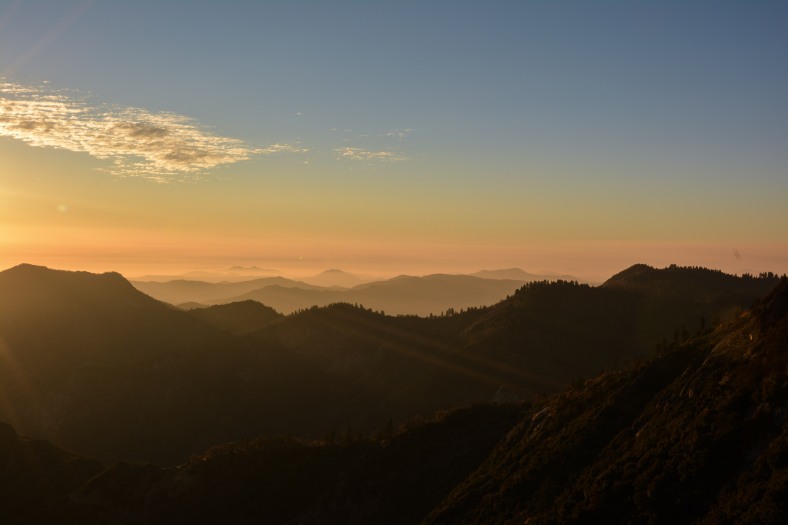 And then we hurried back before it got too dark to see stray bears coming to eat us up!